Explore our world-class collection and discover the history of global communications and the people who made it happen. From the early days of the electric telegraph and undersea cables, to the invention of wireless, satellite, fibre optics and beyond. 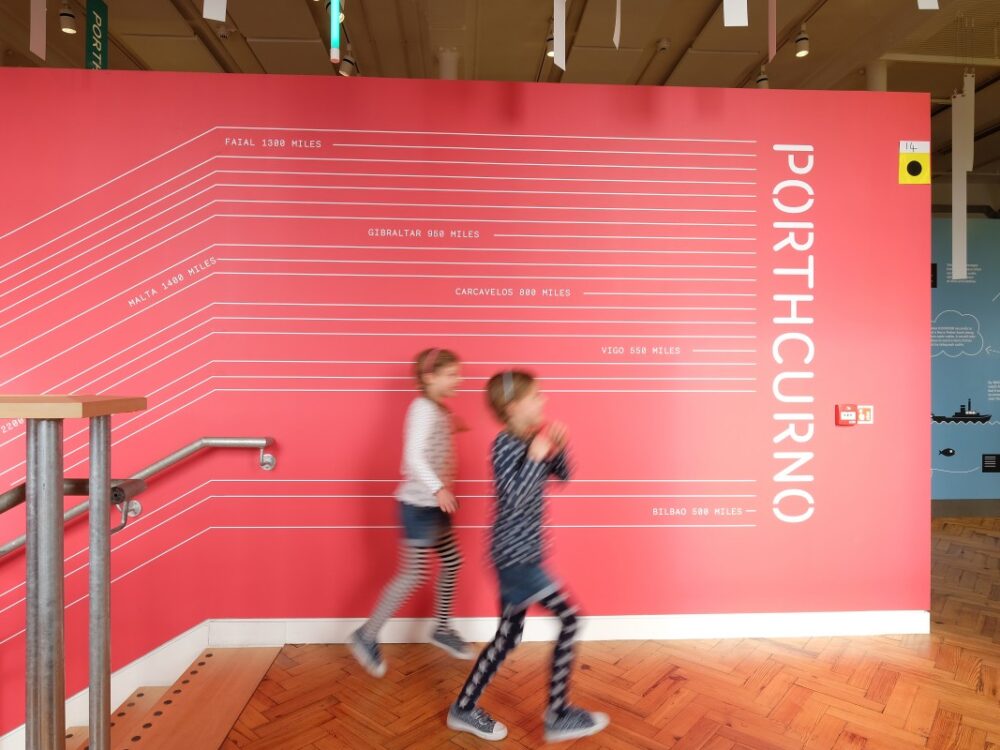 How the power of innovation is shaping the networks of tomorrow

Until recently, mobile coverage in beautiful Porthcurno – a place once considered the most connected valley on the planet – was intermittent. Today, thanks to mini mast technology, locals and visitors can enjoy 4G mobile data speeds of more than 200Mbps in this historic part of the country. Guest blogger for Commscope Kye Prigg, head of 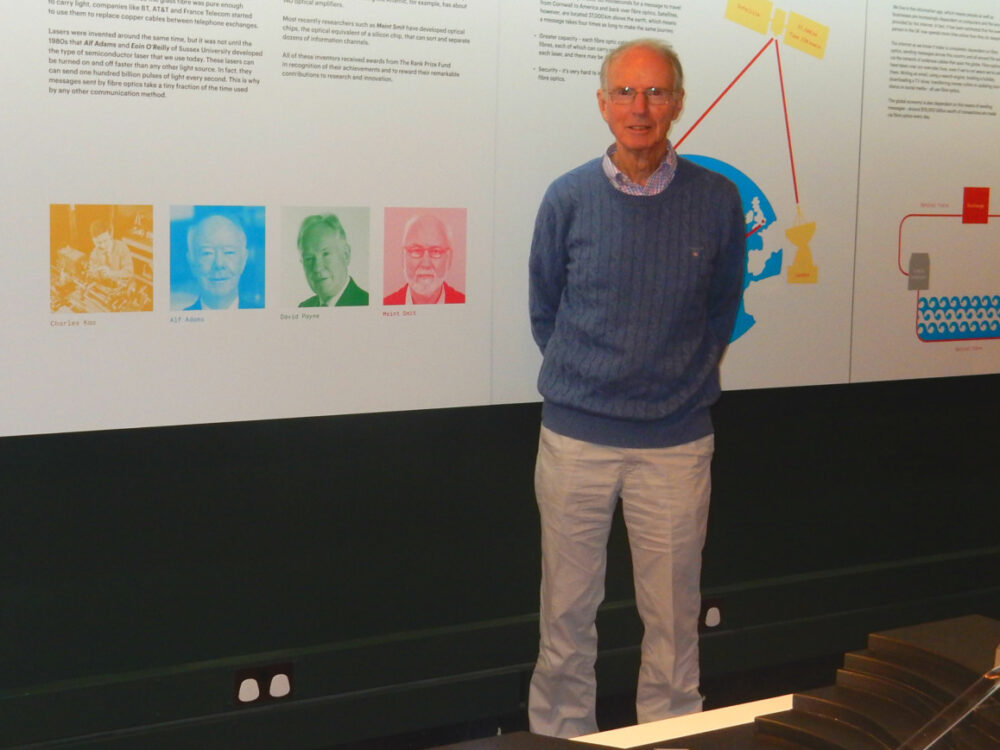 Last Monday we were joined by Peter Selway, former head of the STL laser programme and former colleague of Charles Kao, inventor of the optical fibre. 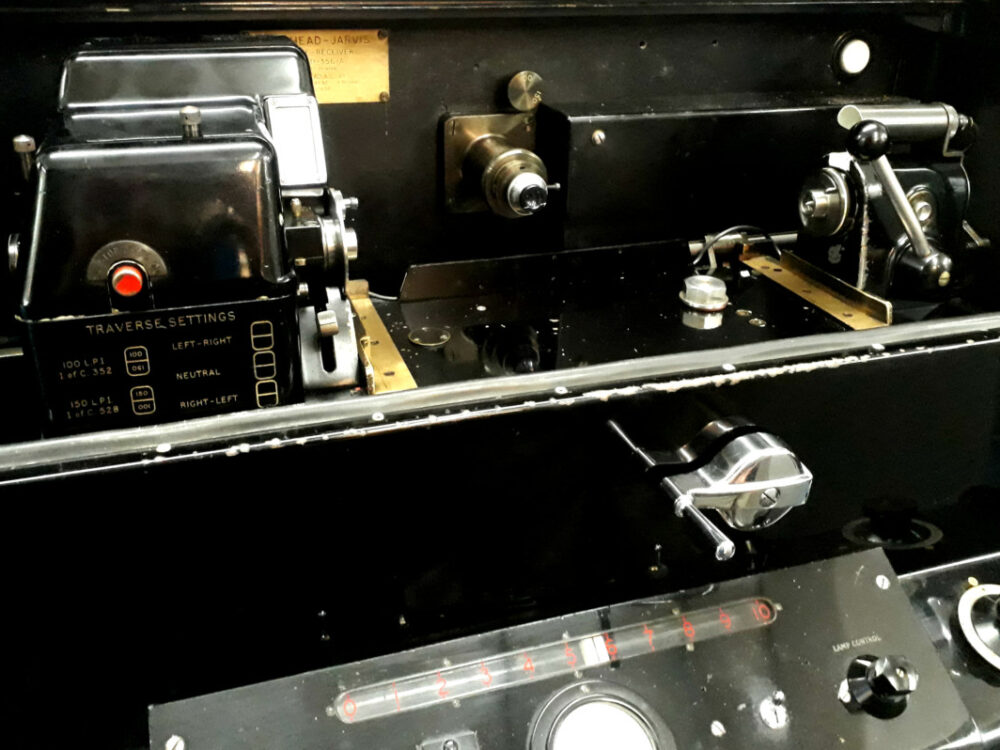 In July the museum received a very special set of working equipment. Dated around 1946, our Photo-telegraphy Transmitter and a separate Receiver were donated to the museum by Gerald Parnall. 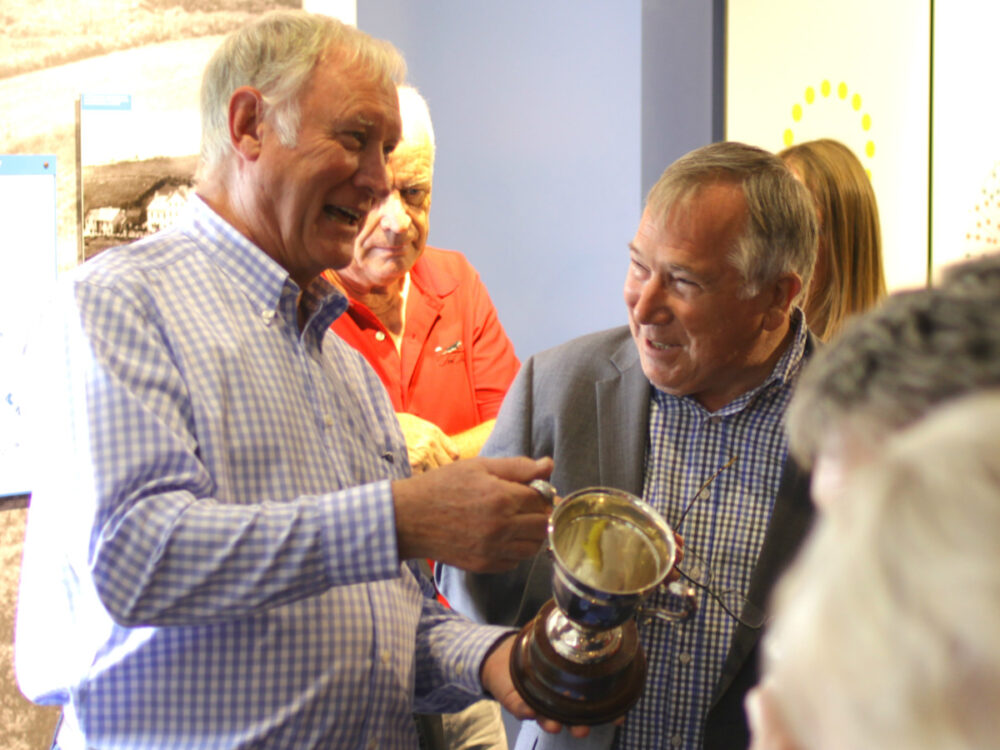 President and Captain of the Exiles Golf Society, Peter Burleigh, today presented the museum with a treasured collection of trophies spanning nearly 100 years. 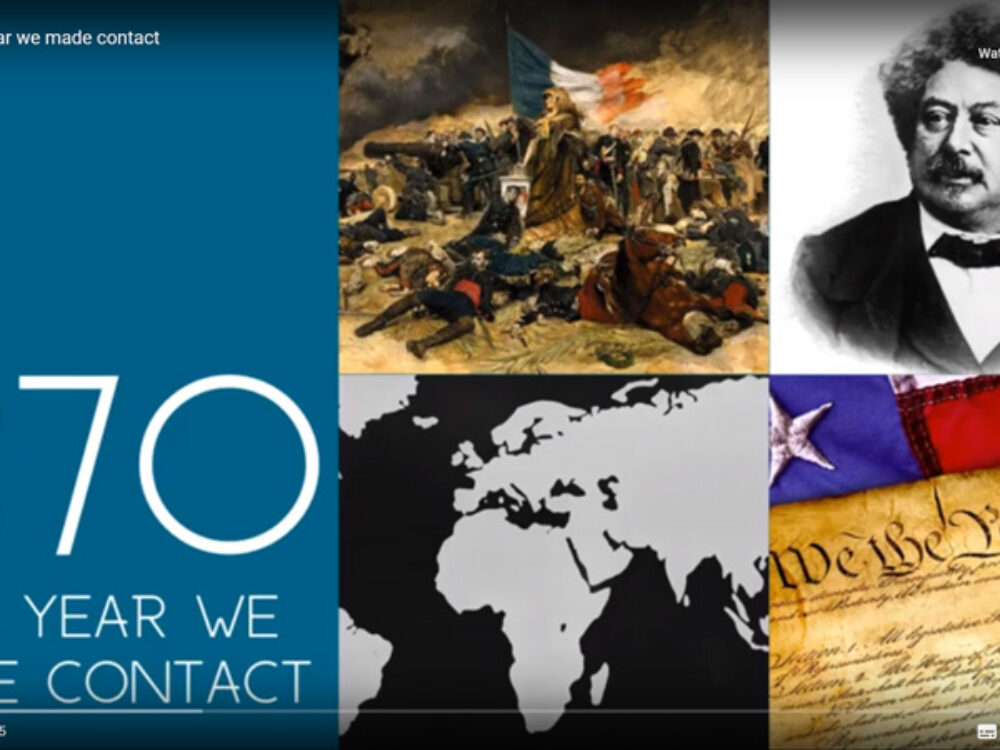 In 1870, the cable to India was laid.  But it wasn't the only thing to happen that year.  Our latest video explores the events of 1870, a year that brought the modern world closer.

Communication On the Street – New Video

Our Latest Video is About the Humble Police Box We have a new video on our YouTube channel, called ‘The Police Box – classic public communication on the street’.  It is part of a short series on communication before the wide-spread use of the telephone.  If you needed the police but the local station was

Our Citizen Curator Tiffany Coates’ Video Inside our collections, there is a mysterious object: a digeridoo!  Follow Tiffany Coates as she attempts to uncover the secret of how it came to be in Porthcurno, and what a close examination of it can reveal! Watch the video, ‘A PK Mystery: the Digeridoo’ to learn more!

Our Latest Video is on YouTube As part of our mini-series on classic public communication on the street, our latest video looks at the red telephone box, an icon of British design recognised across the world. We focus on the ‘K2’, which is recreated in the video using Blender software (that thumbnail image of a

Citizen Curator Video: Once Upon a Time

Citizen Curator Lucy Coyne’s Video Now Showing! Lucy Coyne’s video – the result of her involvement in the Citizen Curators programme – focuses on the impact of the cable station and engineering college in Porthcurno on local people.  It is a video full of interviews and stories.  Find out about milk-bottle throwing and little boy

Pillar Boxes, Telephone Boxes, and a Little Talk & Tea It has been an active month on the museum’s YouTube channel, with seven videos being uploaded in only three weeks.  These videos include ‘Talk & Tea’, created for an exhibition in our tunnels.  Between January to March 2019 pupils from St Buryan Academy Primary School

The Development of the Telephone Box

New Videos on the Museum’s YouTube Channel Communications are all around us and have revolutionised our lives.  In our mini-series on classic public communication on the street, we look at the development of the iconic British telephone box.   And in a supplemental video, we take a little look at the curious meeting between the

The Medical Side of Porthcurno

Citizen Curator Explores Medicine at the College Citizen Curator Susan Kersley brings her knowledge of medical matters to an exploration of the medical issues encountered in Porthcurno during the years of the engineering college in a video.  It can be found on our YouTube channel. A unique exploration into an aspect of Porthcurno’s history, the 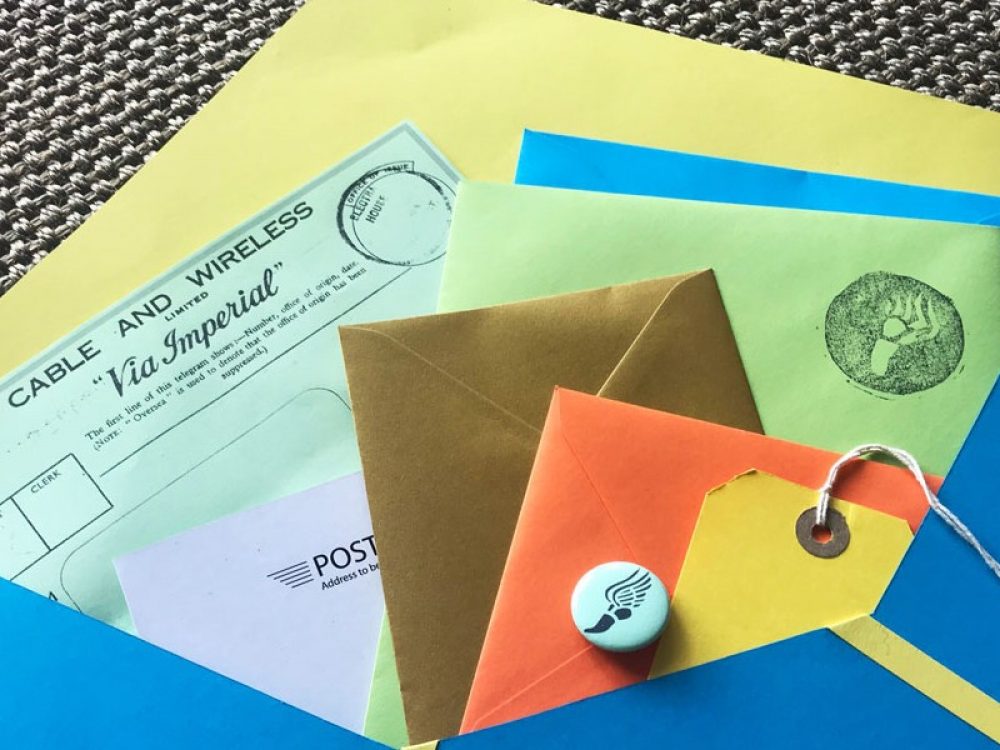 Inspired by the uniformed Messenger Boys, who delivered telegrams by bicycle or foot, children from Sennen School will become ‘Messengers,’ sharing their own stories and collecting stories from their families and friends. 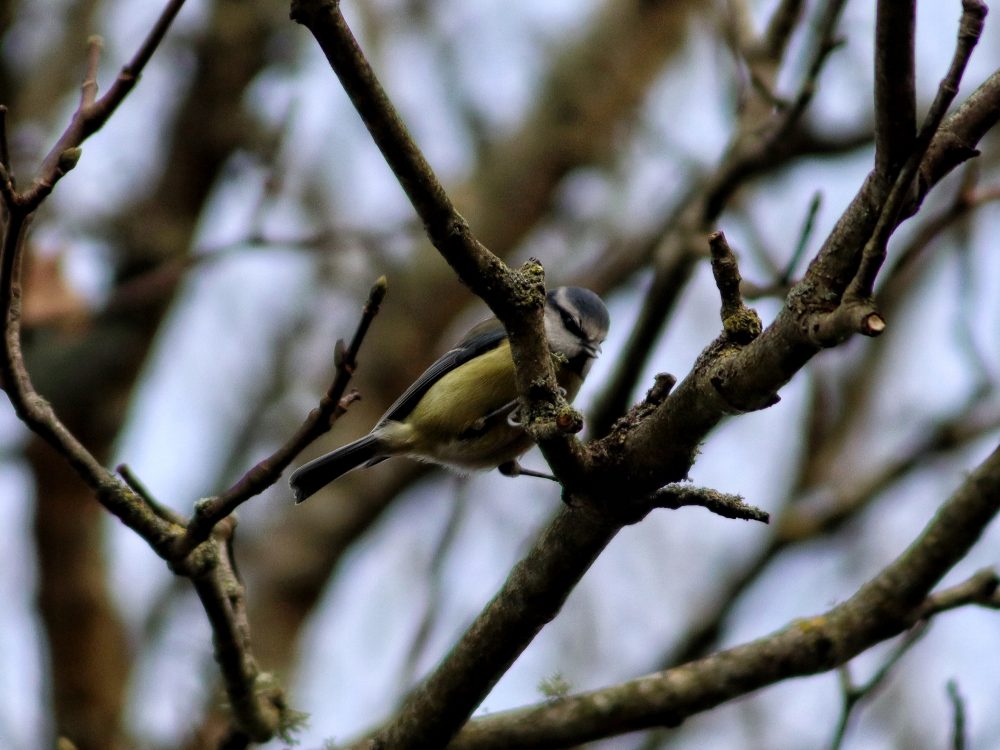 As the museum is closed for lockdown 2, Maeve Cushla, our Young Curator, spent this week photographing and researching the local songbirds around Porthcurno valley for the Kids in Museums takeover day. 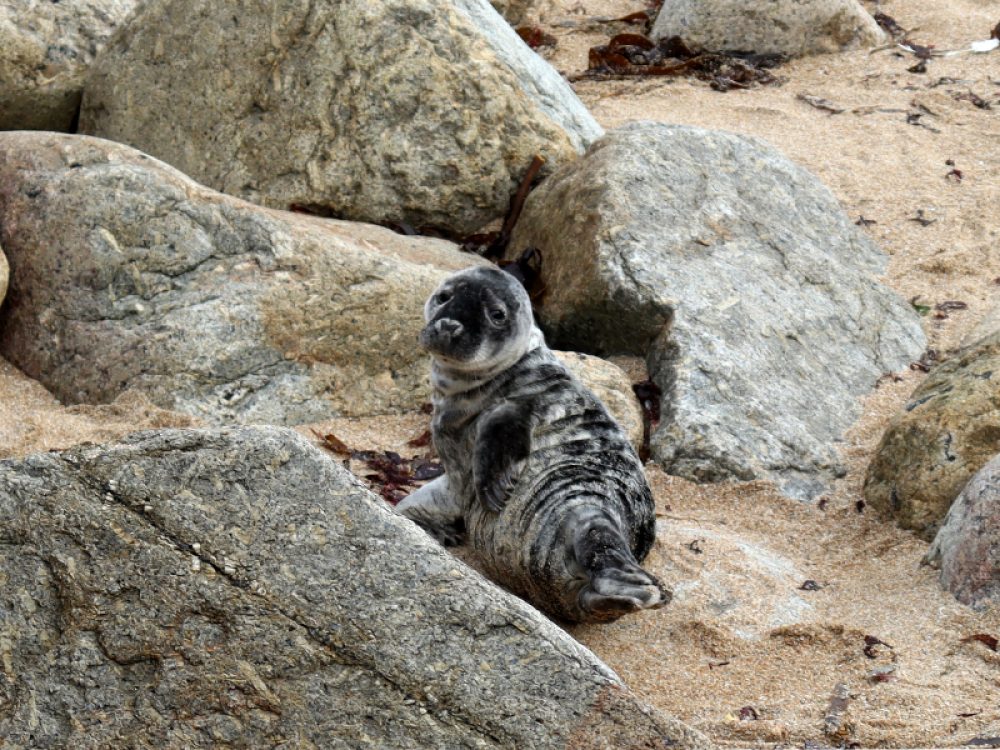 In the second of our Planet PK blogs, Young Curator, Maeve Cushla, writes of her experience filming the grey seals that visit Porthcurno. 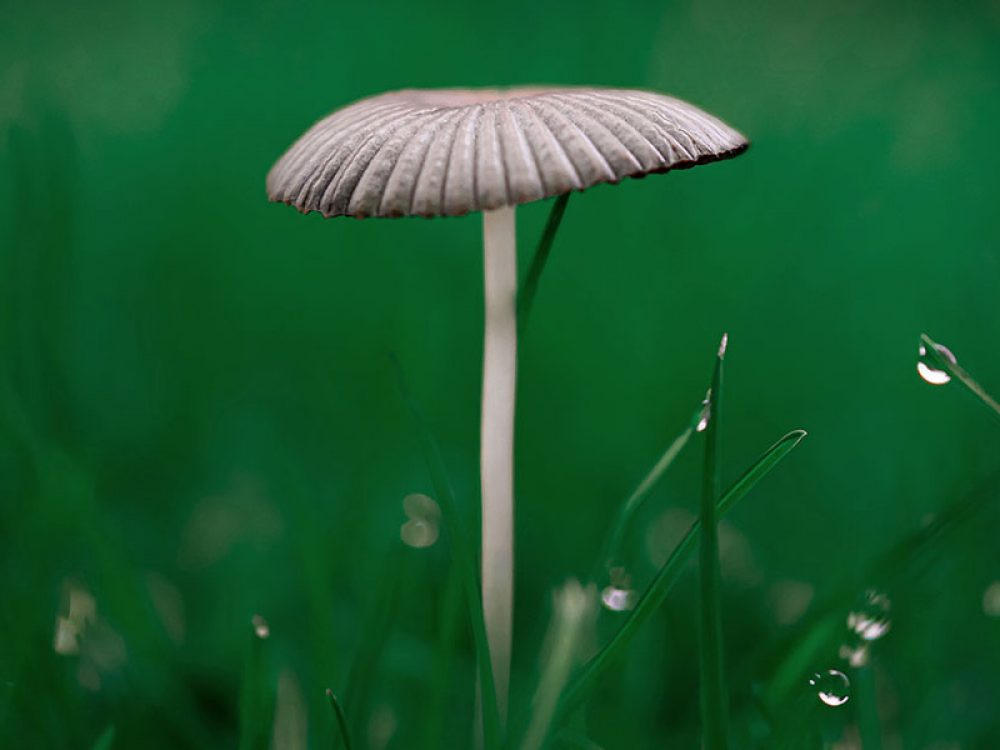 In the third of our Planet PK blogs, Young Curator, Maeve Cushla, explores the leafy debris of the valley and unearths the microlife that lives beneath. 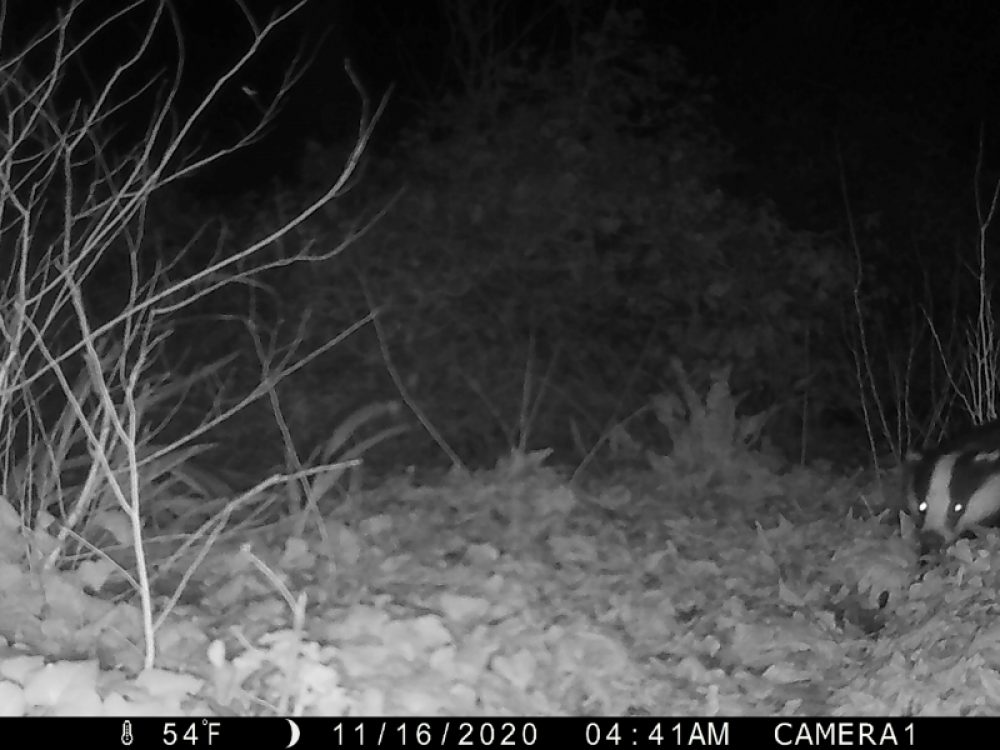 In the fourth of our Planet PK blogs, Young Curator, Maeve Cushla, watches and learns about nocturnal badger behaviour, as captured on our wildlife camera. 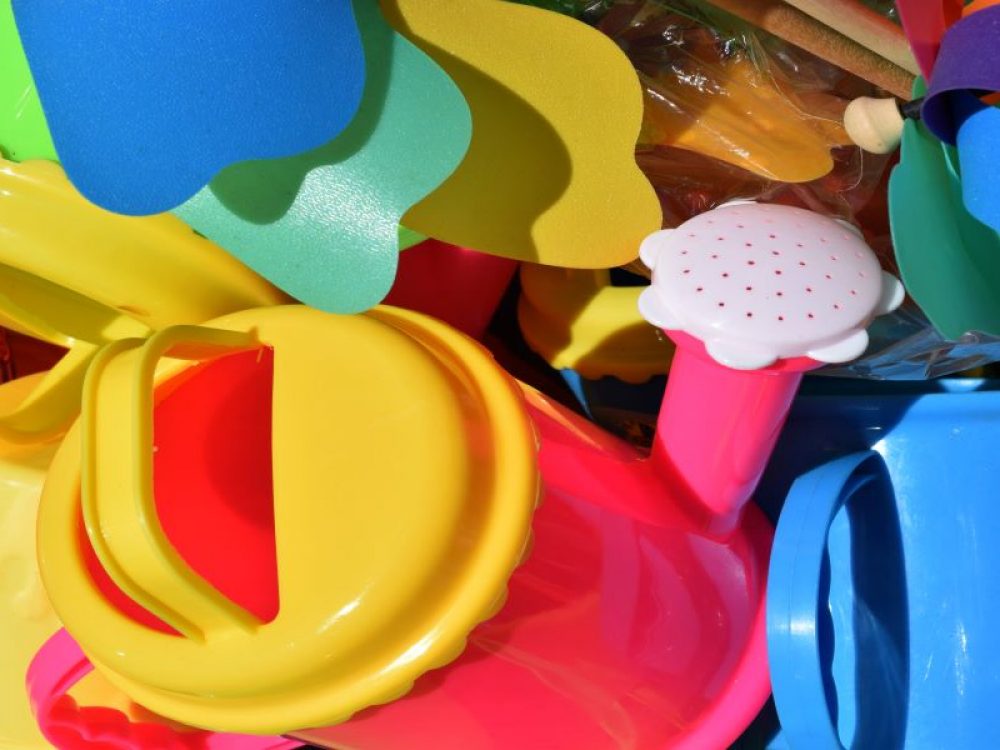 In the fifth of our Planet PK blogs, Young Curator, Maeve Cushla, looks at how we can protect our coasts from pollution through careful consideration of what we purchase, take to, and safely remove from a day at the beach. 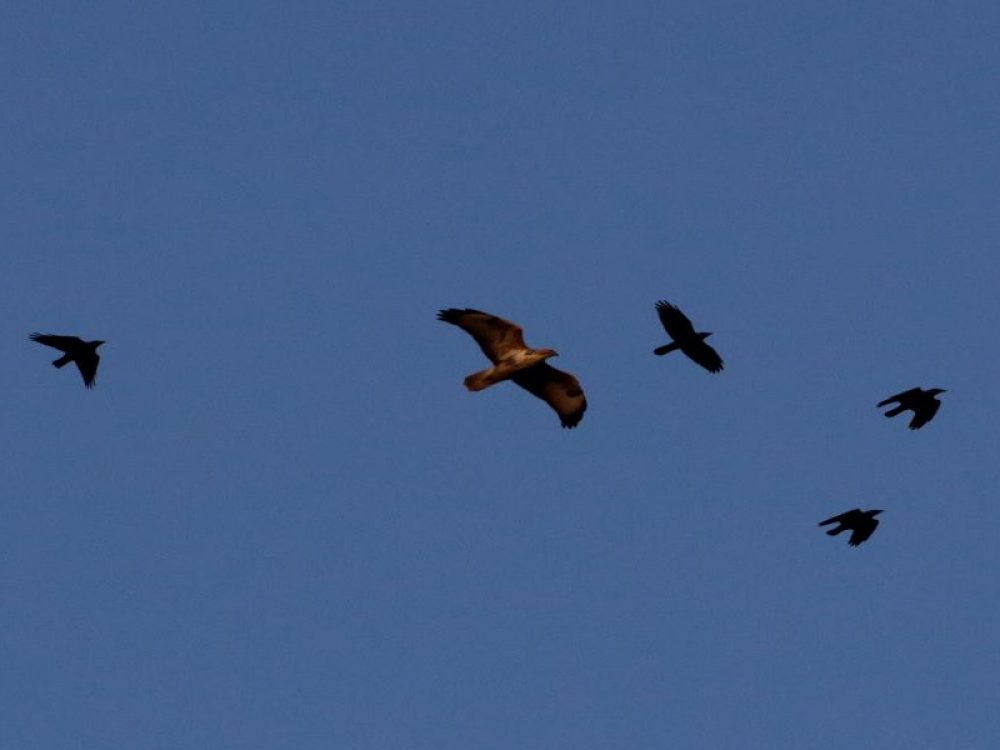 In our latest Planet PK blog, Young Curator, Maeve Cushla, observes the common buzzard, the most frequent bird of prey in Porthcurno valley. 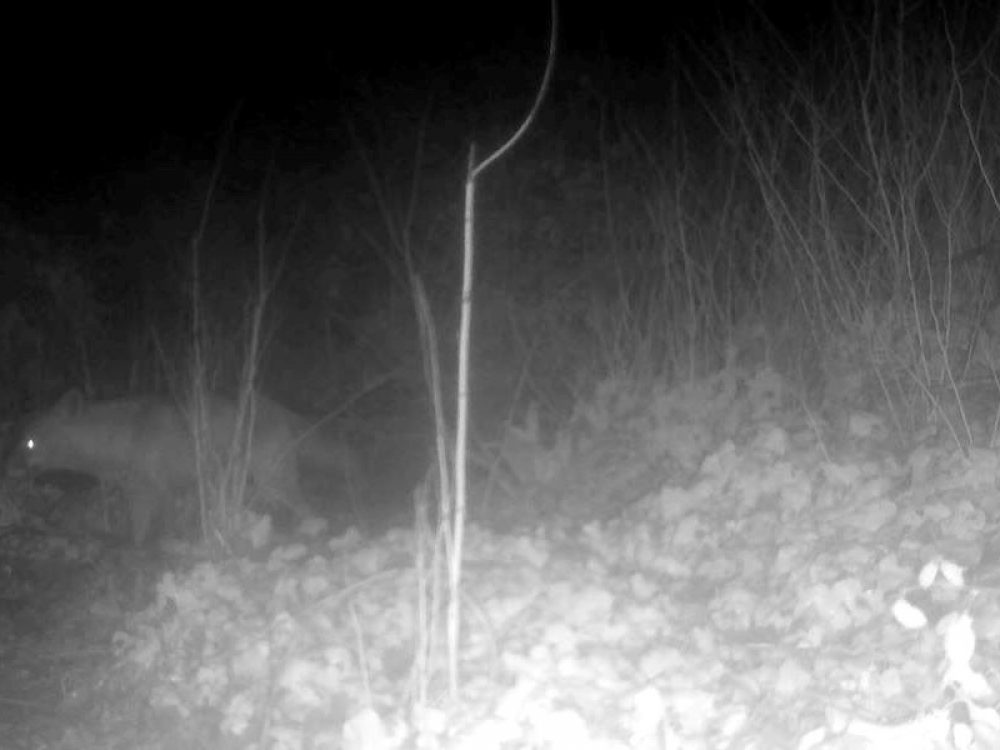 In this weeks Planet PK blog, Young Curator, Maeve Cushla, observes the nocturnal behaviour of the red fox, as captured on our wildlife camera. 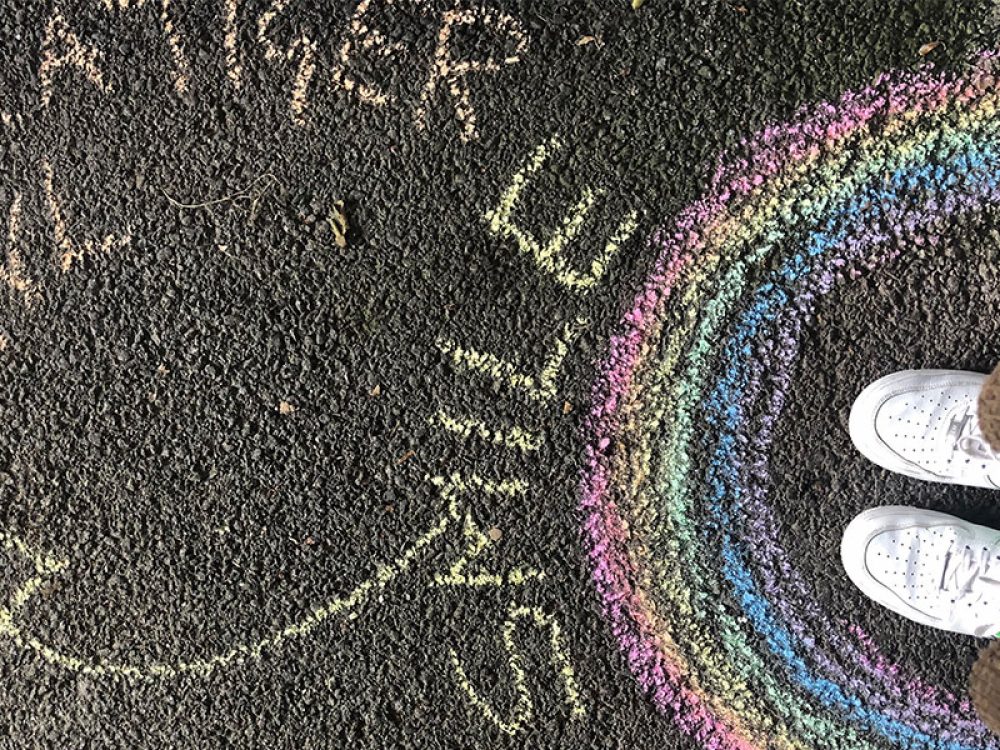 Play in a socially distanced world

PK Porthcurno was selected to take part in a Kids in Museums mentoring project that explored ways of bringing play into the museum, in a socially distanced world. 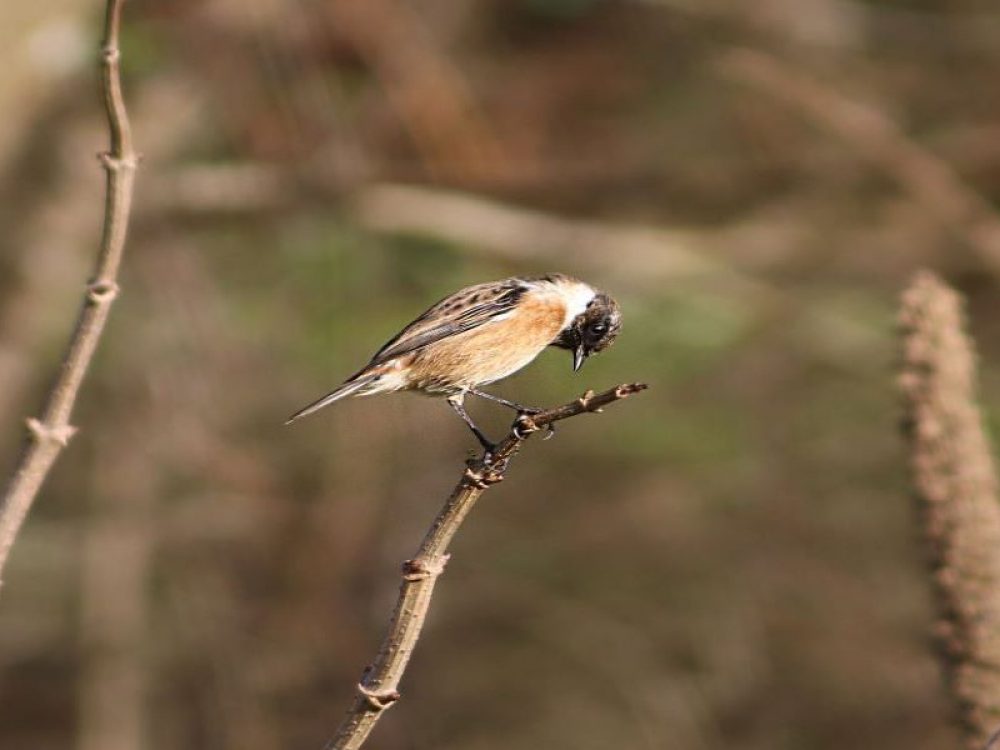 In our latest Planet PK blog, Young Curator Maeve Cushla observes the wintering birds that visit the valley and in particular the stonechat. 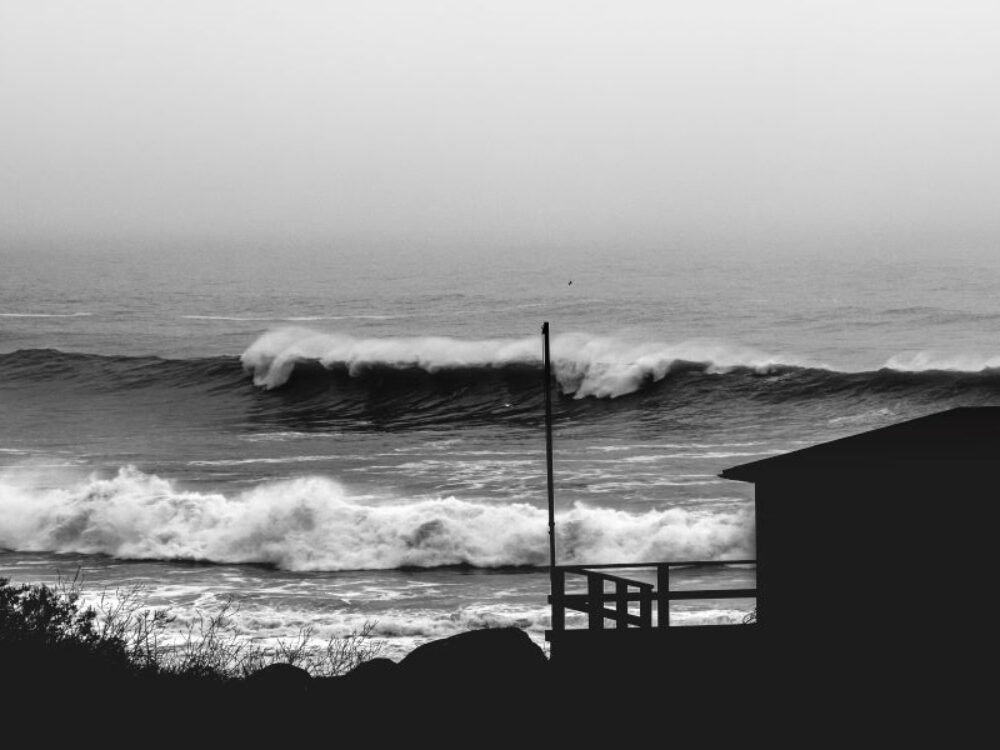 In our latest Planet PK blog, we look at the recent swell in Cornwall, and the potentially devastating effect these swells can have on our coastal landscape and coastal communities. 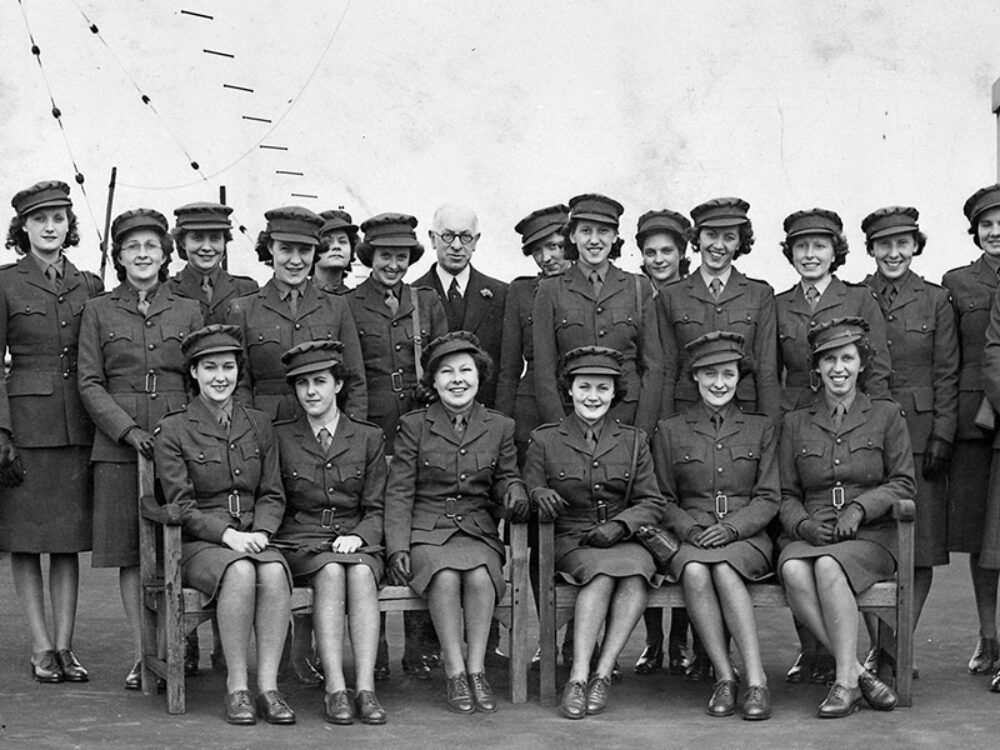 To celebrate the International Day of Women in Science we highlight a groundbreaking unit of Cable & Wireless that launched with the first female employees to be stationed overseas. 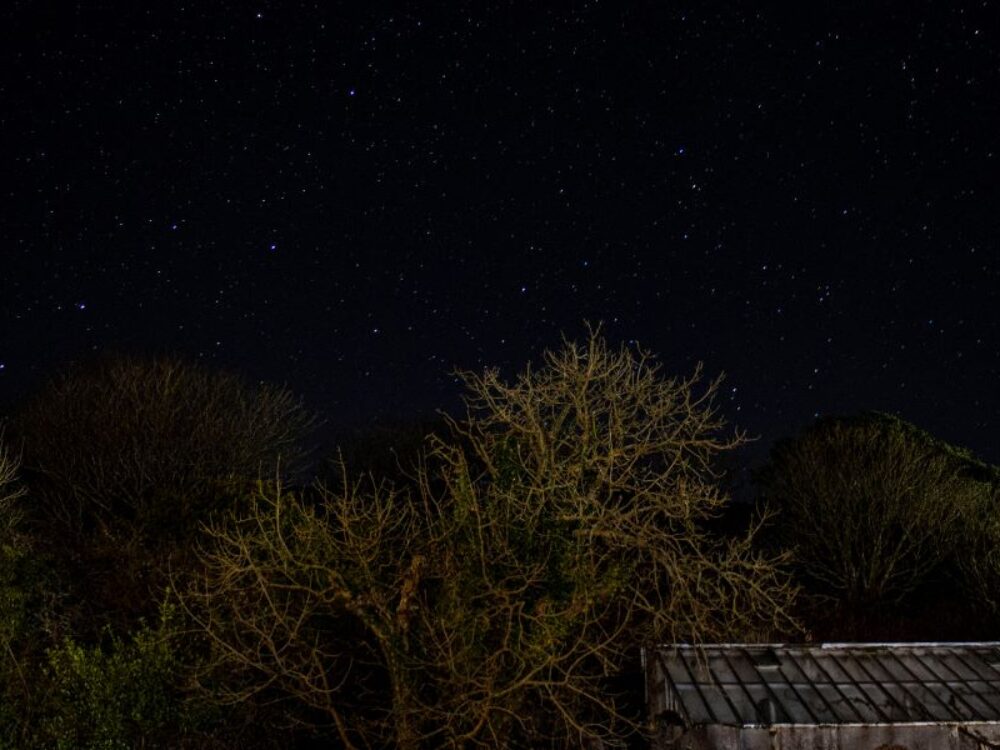 In our latest Planet PK blog, we discuss our work with Penwith Landscape Partnership, Cornwall AONB and Cornwall Council in supporting the West Penwith application aiming to become an International Dark Sky Park. 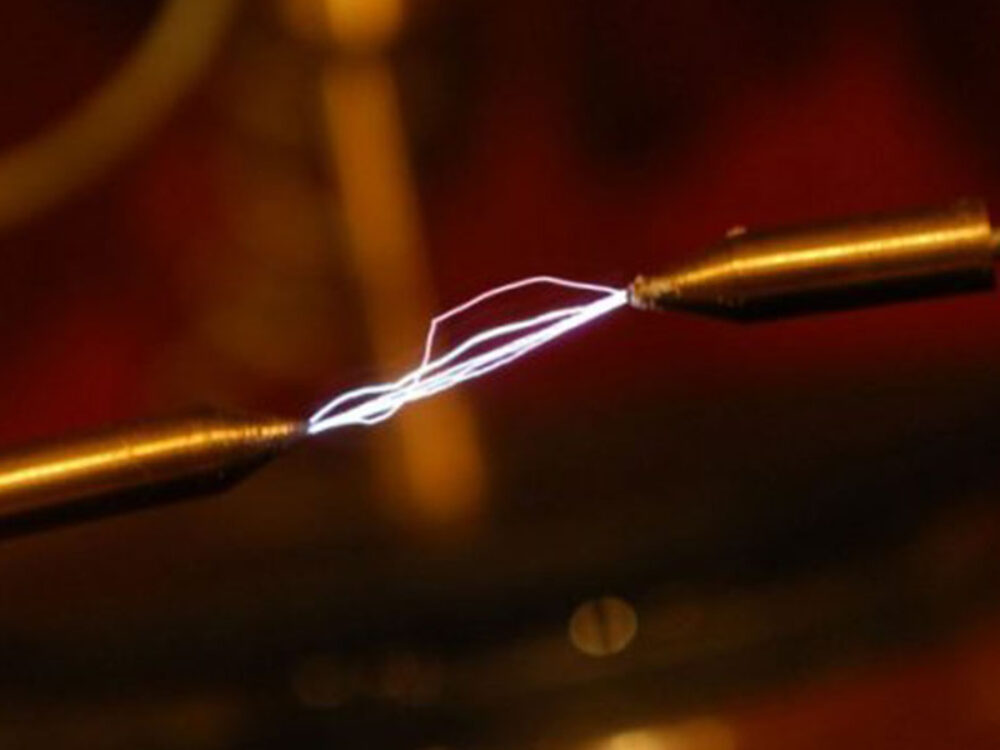 It's British Science Week and we are looking at the advent of the electric telegraph - the precursor to today's internet! 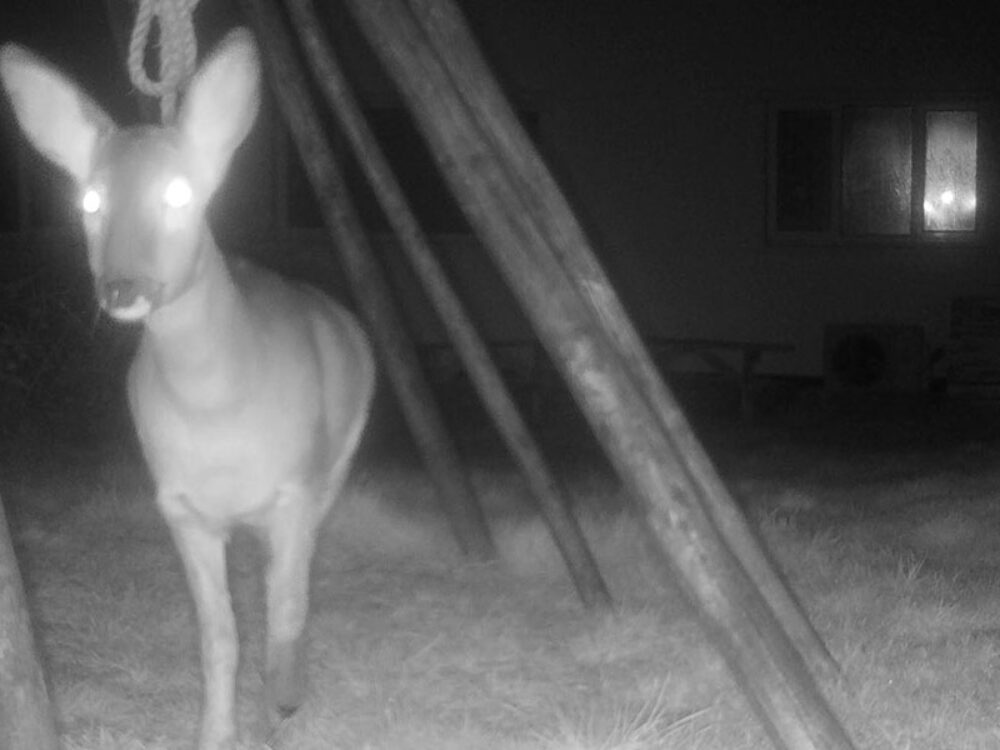 In our latest Planet PK blog, we observe the elegant roe deer, captured on the Tevi camera, positioned on the museum grounds. 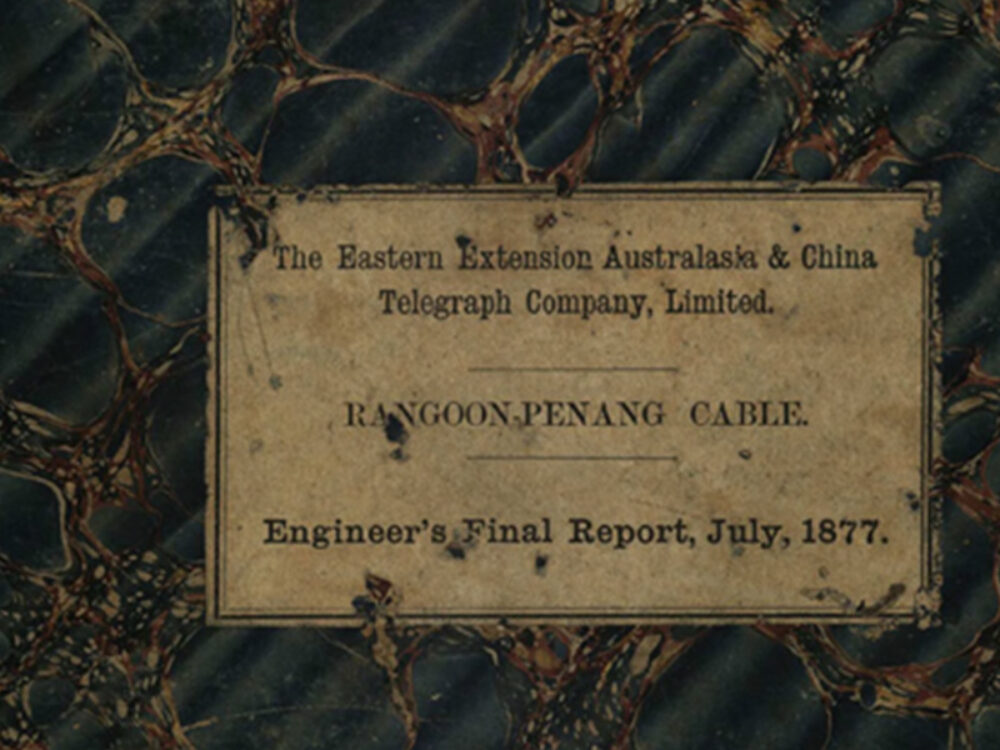 Learn about the SES sponsored digitisation of 448 engineers reports from our archive that is being undertaken by the collections team. 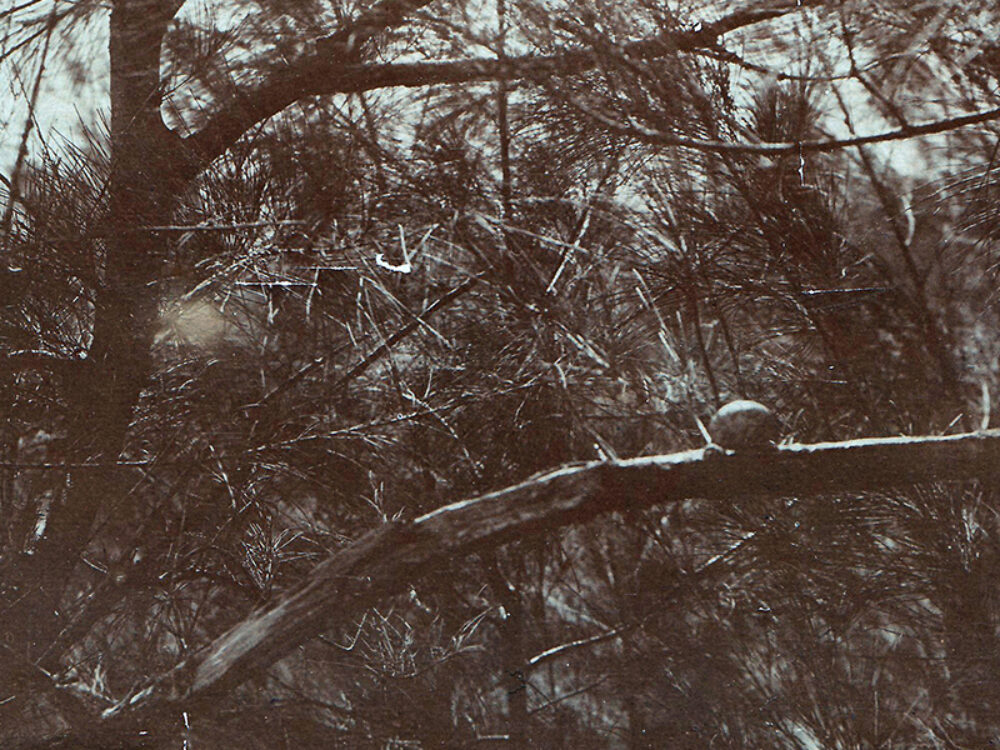 Sophie Meyer, Collections Cataloguer at PK Porthcurno unearths a mystery during some recent research in the photography archive. 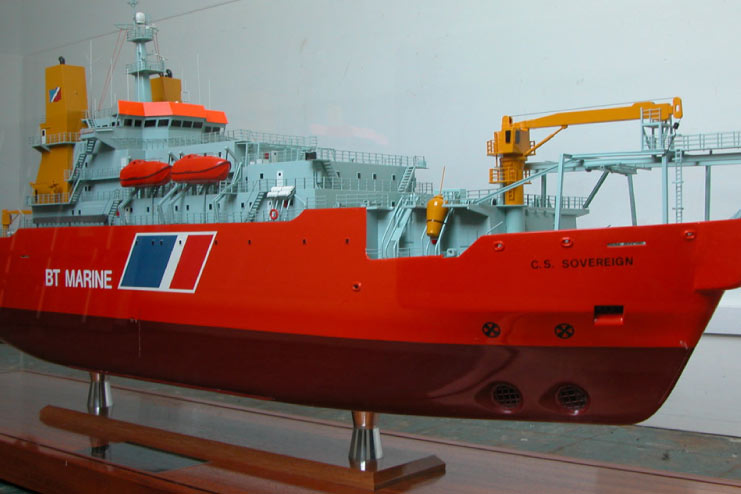 This model is of the 11,200-ton cable ship ‘Sovereign’. Built in the early 1990s, the ‘Sovereign’ was both a cable-layer and a cable-repair vessel. It had four cable tanks and was able to carry 6,200 tonnes of fibre optic cable. The model is in the colours of BT Marine. The real ship is now owned by Global Marine, Ltd. 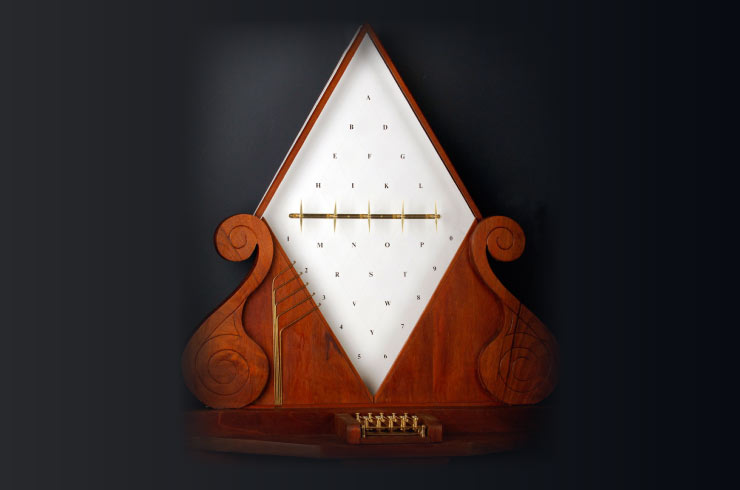 Inventor William Fothergill Cooke and scientist Charles Wheatstone patented a five-needle telegraph in 1837 which used six wires. But when some of those wires used failed, they cut them to three, leaving their telegraph using only two needles. This meant a code had to be used as, unlike the five-needle telegraph, the two needles could not point to individual letters. 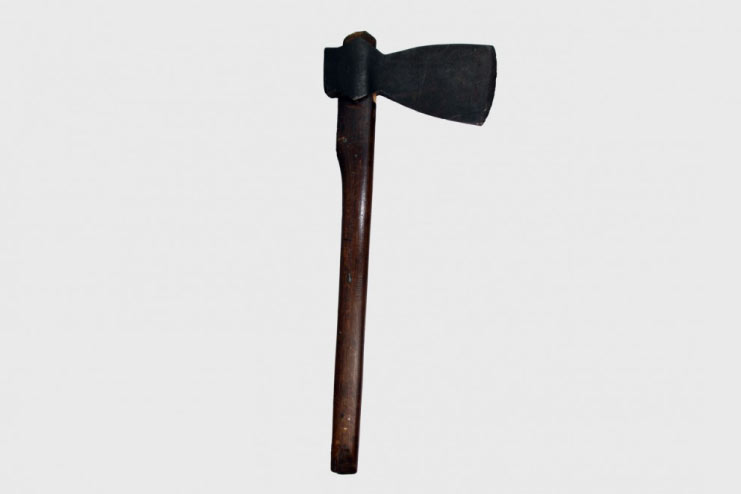 During the First World War, the German light cruiser SMS ‘Emden’ made a name for itself in the Indian Ocean, raiding and capturing Allied ships. Its demise came when it attempted to destroy the British cable station in the Cocos Islands. The Germans tried to sever the communications link between Australia, Java, and Mauritius using this axe. 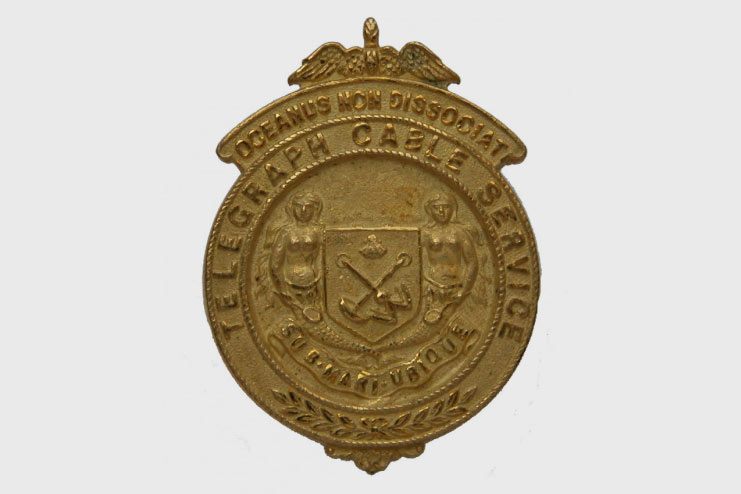 During the First World War, men were called to the Front to fight. Many others, though, were working in vital industries such as communications. The Eastern Telegraph Company introduced lapel badges so the public would be able to recognise ETC staff and know they were doing their bit. 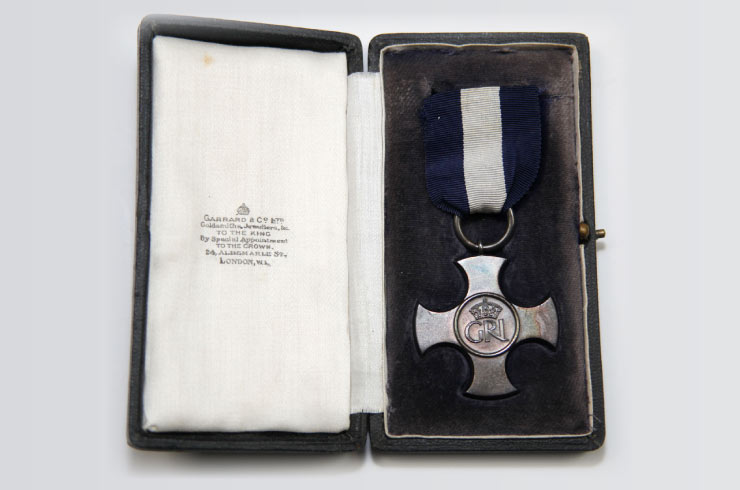 The DSC is a military decoration awarded for acts of exemplary gallantry against the enemy at sea. This is one of only 4,524 awarded during the Second World War. It was awarded to Captain Harold W.M. Milne for his actions as captain of the cable ship ‘Pacific’. 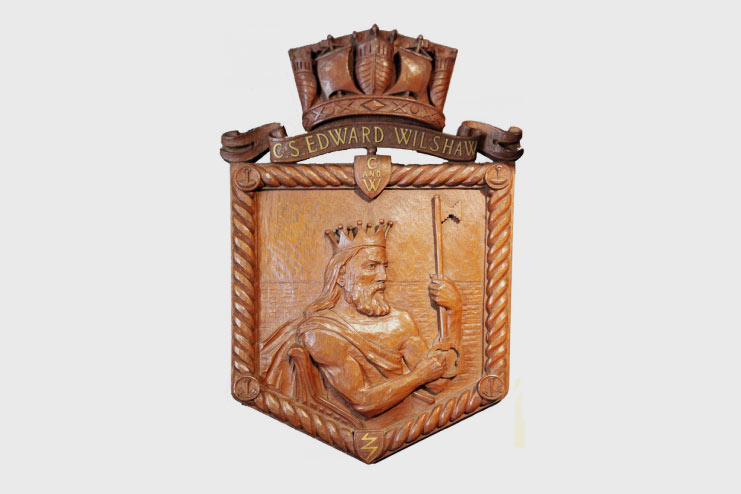 The ‘Edward Wilshaw’ was a cable repair ship built at Swan Hunter in 1949 and named for the Cable & Wireless chairman Sir Edward Wilshaw. It was based in Kenya, and Gibraltar, and covered many of the cables in the Pacific Ocean. This plaque was located in the ante-room before the officers’ dining-saloon, on the main-deck. 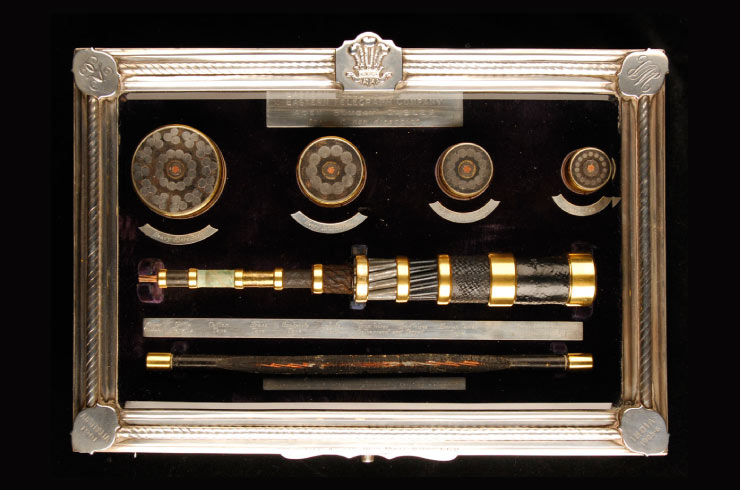 In 1870, work began on a submarine telegraph cable to connect Great Britain and India, via Aden, Suez, Malta, and Gibraltar. Samples of the cables used between Bombay (now Mumbai) and Aden are collected in this presentation display case. The cross-section of the shore-end cable is clearly thicker than the deep sea cable, illustrating the increased protection added to the cable as it ran into shallower waters.

Developed by William Fothergill Cooke and Charles Wheatstone in 1837, the five-needle telegraph was installed on the Great Western Railway line between West Drayton and Paddington station, and was the first commercial electric telegraph in the world. It used needles to point at individual letters to spell out words. Due to the diamond layout of the letters, some had to be left out, like ‘C’, ‘Q’, and ‘Z’.

Any cookies that may not be particularly necessary for the website to function and is used specifically to collect user personal data via analytics, ads, other embedded contents are termed as non-necessary cookies. It is mandatory to procure user consent prior to running these cookies on your website.